Football Sports
September 19, 2020September 21, 2020 Peter Burtnett
The Big Ten logo is displayed on the field before an NCAA college football game between Iowa and Miami of Ohio in Iowa City, Iowa. / CNN

The Big Ten is back in contention for the College Football Playoff, and after their schedule release Saturday morning, it’s time to see how the conference season will unfold and where the Big Ten fits in the updated playoff picture.

After announcing their plans to resume the season Oct. 24 and releasing stringent medical protocols, the Big Ten has been on a roller coaster summer, from postponing the season Aug. 11 to the resumption Wednesday.

Now, the conference has released their eight-game schedule, with several interesting match-ups to watch. Before getting into my predictions for who will win the Big Ten and how they fit into the CFP picture, here is a highlight of the key games that will determine who wins the conference. Now, into my predictions for the final standings of each division:

Ohio State has too much talent for the rest of the Big Ten, and that’s why I have the Buckeyes cruising past the Badgers to finish 9-0, making a strong case to be in the CFP.

Now, onto my updated predictions for the CFP, where I originally had No. 1 Clemson beating No. 4 UCF, and No. 2 Alabama over No. 3 Oklahoma. In those predictions, I had Clemson once again defeating Alabama to win their third championship in five years.

But the inclusion of the Big Ten in the CFP race will not be ignored, especially if a team runs the table. However, I expect the committee to give more credit to 12-0 Clemson over 9-0 Ohio State in their final rankings, likely to be released Dec. 20. Not much has changed in how dominant Clemson will be, as evidenced by their 37-13 win over Wake Forest last Saturday. However, Spencer Rattler looked ready to play, throwing for 290 yards and 4 TDs, albeit against FCS-team Missouri State. But Clemson just has too much talent and recent winning experience for the Sooners, winning to advance to the National Championship Game for the sixth time in seven years.

The last time Ohio State faced Alabama, the Buckeyes came out on top 42-35 to win the 2015 Sugar Bowl (CFP semifinal) to advance to the National Championship, where they beat Oregon 42-20 to win the inaugural CFP. Now, head coach Ryan Day’s Buckeyes are hungry after blowing a 16-0 lead over Clemson in last year’s CFP semifinal at the Fiesta Bowl. This should be another thrilling match-up, but I think Justin Fields leads the Buckeyes back to the championship game. 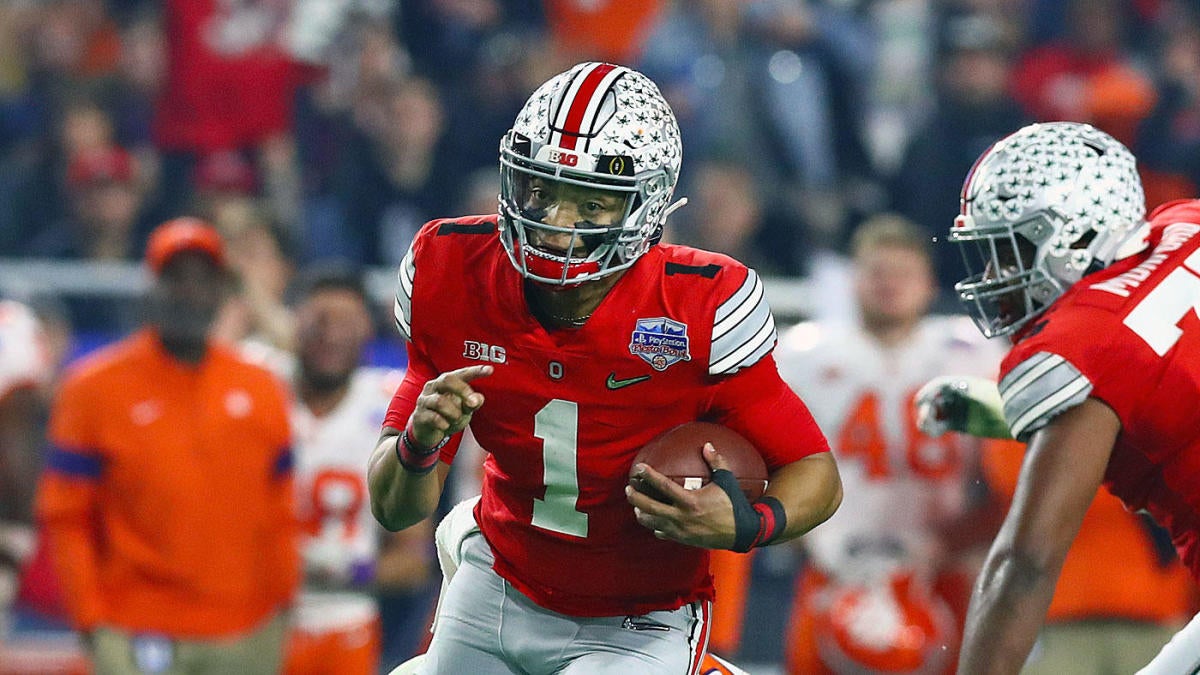 Ohio State cornerback Shaun Wade’s last collegiate play could have been a targeting call against Trevor Lawrence of Clemson in last year’s 29-23 loss to the Tigers. Now, the captain leads an Ohio State defense that ranked No. 1 against the pass and yards allowed per game. Although the loss of menacing defensive end Chase Young will be tough to overcome, the offensive attack of Justin Fields, running back pair Trey Sermon and Master Teague, and a wide receiver group led by Chris Olave and Garrett Wilson will give the Buckeyes a distinct advantage. Historically, the Buckeyes are winless against the Tigers (0-4), but I think this is the year they turn things around. In a season defined by questions, the Buckeyes will answer the biggest one and take down Dabo Swinney’s Tigers to win the ninth championship in program history.

A fractured college football season is finally coming together, with four of five Power 5 conferences now scheduled to play. Although the questions and uncertainty are everywhere, college football Saturdays are back and the race for the CFP is officially on.